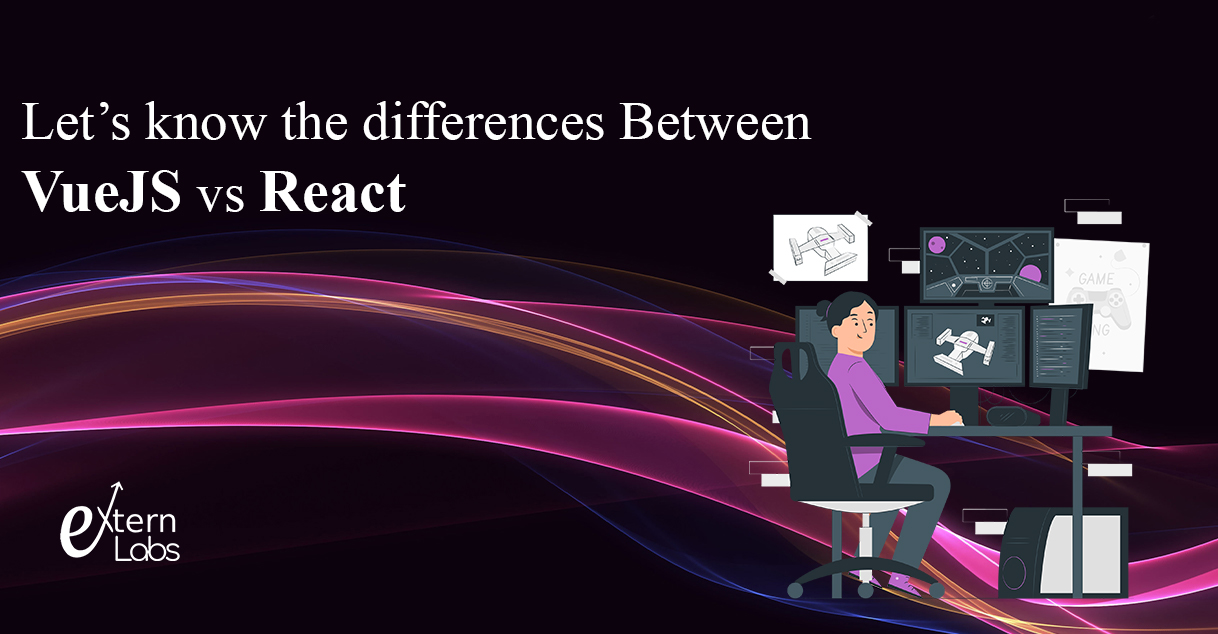 Let’s know the differences Between VueJS vs React

Every web application development project starts with a confusing dilemma: which is the best framework for our project? We cant you the exact answer, but we can cut the chase and help you decide one.

So today, we will cut the hassle and compare VueJS vs React. In our next post, we will cover VueJS vs React vs Angular. Let’s start with basic information about each framework

Vue JS offers an incrementally versatile architecture that focuses on declarative rendering and component composition where the core library is concentrated on the view layer only. Their officially supported libraries and packages provide support for advanced functions and features, even for complex projects.

Vue JS allows for extending HTML with HTML attributes called directives. The directives offer functionality to HTML applications and come as either built-in or user-defined directives.

React empowers developers to build large web applications that can modify data without reloading the web page. The main objective of React is to be fast, scalable, and simple to work with. React works only on UI or UX in the application. This epistolizes to view in the MVC template. It can be used with a combination of other JavaScript libraries or frameworks, such as AngularJS in MVC.

The central part of these both is about the same because they share the same elements except some. So, for example, both VueJS and React use Lazy Loading for performance increment and lower load times, and both have virtual DOMs.

Both of them perform excellent with their own advantages –

As popularly, Vue stands up in the charts with minor differences. We can also measure this with star count on Github. As of now, VueJS has 181k stars, and React has 168k stars on Github.

According to a report from Google Trends, companies are looking more for React developers than VueJS. Even in jobs, react jobs are more popular than vuejs. Another factor here would be the users of each framework. For example, amongst the users of Vue, there’s Trustpilot, BMW, Vice, Nintendo, Adobe Portfolio, Euronews, and many others. On the other hand, BBC, Airbnb, Facebook, PayPal, Netflix, Instagram, and a lot of other famous names, use React.

There is no clear answer to this debate; It highly depends on the project and the developer. Some projects will do better with a specific tool, whereas some developers like to use a particular tool. There can be many situations that affect the development of the framework used. Let’s analyze some situations that can be a game-changer with one right tool –

This comparison was necessary yet senseless; every tool has its own advantages over others; thus, others also possess some advantages over that tool. It’s a complex debate that confuses every new developer. You can use this article to get a difference between VueJS and React with your specific development work. Or the best option is to try both of these as a trial and use their advantages; this will give you an idea of what will be the best option or which one will provide you with the most benefits. In the following article, we will be comparing VueJS vs React vs Angular; you can check that also.

What is Google’s Approach to Product Development?