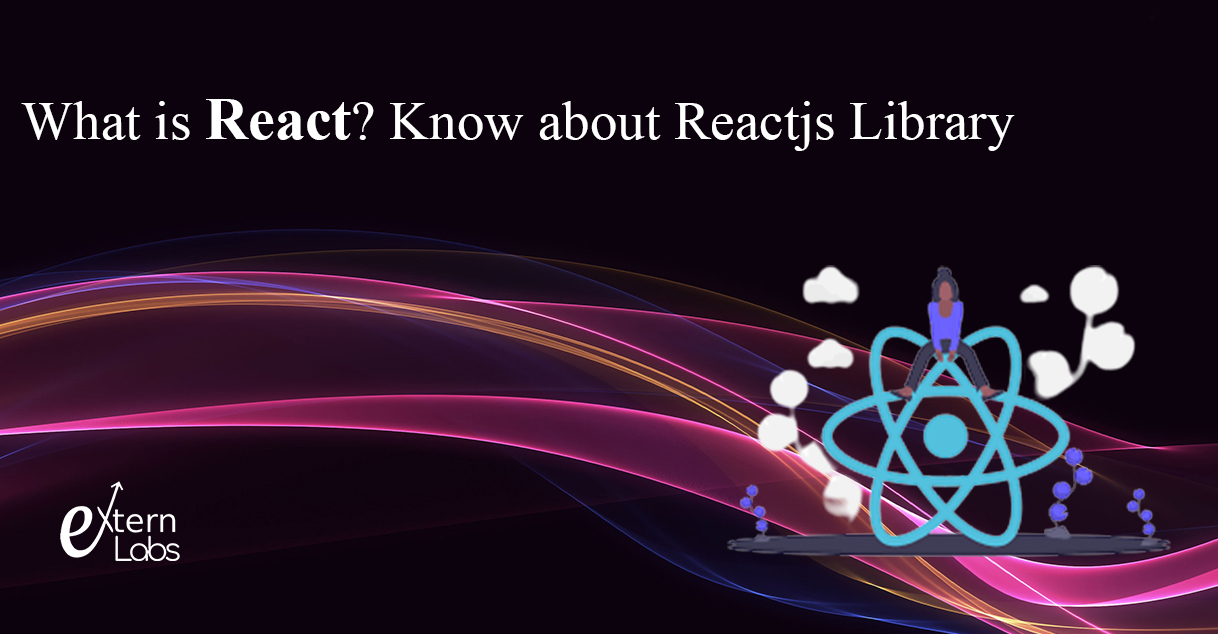 What is React? Know about Reactjs Library

Reactjs is free to use and helps developers to build the user interface and its components. Facebook is the primary maintainer for react with some other individual developers and companies. React is generally used in a single page and mobile application development.

React empowers developers to build large web applications that can modify data, without reloading the web page. The main objective of React is to be fast, scalable, and simple to work with. React works only on UI or UX in the application. This epistolizes to view in the MVC template. It can be used with a combination of other JavaScript libraries or frameworks, such as AngularJS in MVC.

What is React used for?

React is mostly used for developing single-page web applications and Front-end work. React can efficiently build beautiful UI components and integrate them into an Interactive and engaging Single-Page application. Another use of reactjs is in front-end development, react provides some advantages that make front-end work easier and faster. Besides these react is being used in native mobile apps for android and iOS with react powered framework named React Native.

What makes reactjs So Special

ReactJS is a popular choice when it comes to frontend & single page development; Here is why

React works with Virtual DOM, which makes web and app development faster. Virtual DOM compares the components’ regular and previous states and only updates necessary components instead of updating the whole program and provide developer faster results with less work.

React.js is easy to learn because it mostly contains basic HTML and JavaScript components with some valuable additions. Thus, you can learn and adapt to work with ReactJS’s library in a short time.

Facebook provided react community a Chrome browser extension that allows debugging React applications within browsers. One more reason to choose reactJS over others.

These advantages are sufficient to justify the massive popularity of ReactJS and why it is being used in many projects.

DOM shortened for Document Object Model. React always keeps a fair representation of real DOM in memory which is called Virtual DOM or VDOM. Making changes in real DOM is slower than manipulating VDOM because nothing gets out of the screen. Whenever the state of an object changes, VDOM only changes necessary components in the real DOM, not updating all of the components. It gives a significant advantage to the developer in speed and work.

Also known as JSX, A syntax extension for JavaScript. It helps to describe UI and UX elements and how they should look like. By JSX, Developers can program HTML codes with JavaScript in the same file. Ultimately, It makes the code more understandable and debug.

ReactJS let developers use one-way data binding that keeps Development fast and modular. In addition, a unidirectional data flow means lets developers design apps that can place child codes or components within parent components. All this helps developers to know where an error occurs in real-time and opens to control the whole app system.

React products are convenient to test and fix with the help of its large community. Maintainer Facebook provided some web browser extensions that made debugging smooth and easy.

Now we know what is react; There is another tech named React Native. React Native is also a JavaScript framework but for mobile app development of both operating systems Android and iOS. React native can forge all power and features of React to build native mobile applications. ReactJS is the most popular and used JavaScript library for modern app development. Features such as JSX, VDOM, extensions, one-way data make it robust and different. Compared to other libraries like Angular.js, React.js has the most active and colossal community.

What is Embedded System: Definition, Types and Use