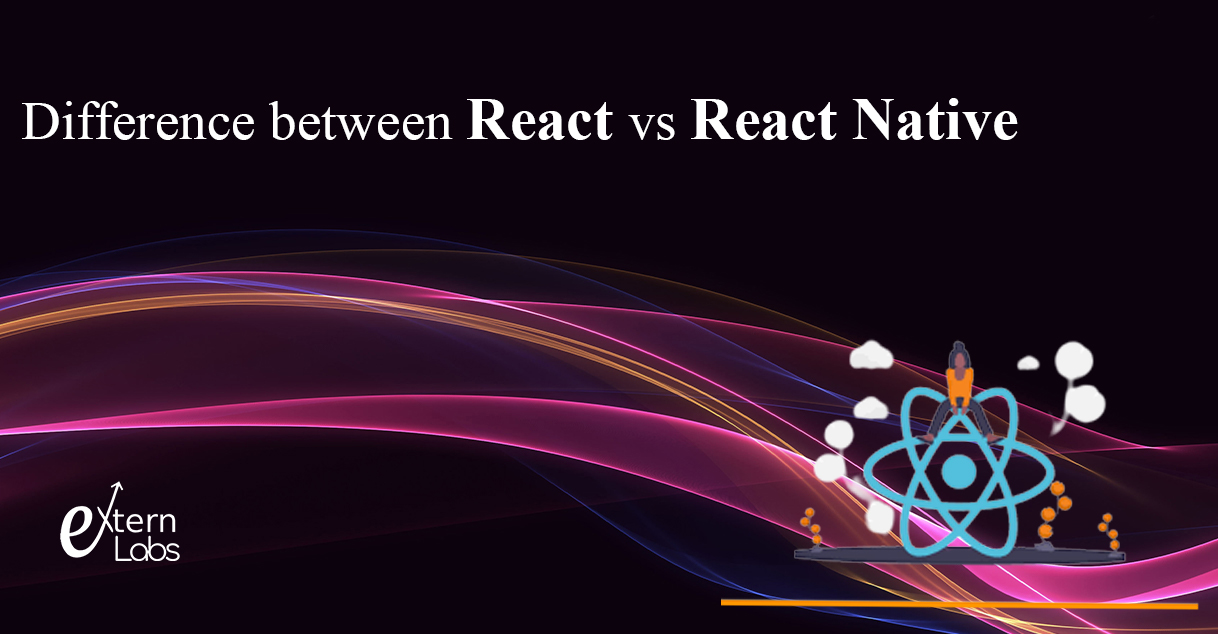 Difference between React vs React Native

React empowers developers to build large web applications that can modify data without reloading the web page. The main objective of React is to be fast, scalable, and simple to work with. React works only on UI or UX in the application. This epistolizes to view in the MVC template. It can be used with a combination of other JavaScript libraries or frameworks, such as AngularJS in MVC.

What is React Native?

Unlike React, React Native is built for Cross-platform Mobile App Development. It Primarily uses React and react’s libraries for mobile development. React Native opens developers to react components to build a mobile app for different platforms, including Android, iPhone, iPad, Windows, and Linux. React Native can forge the full potential of React in its framework.

They might be similar in core and heart, But both are different and leads in their respective work.

The difference between ReactJS & React Native

What is React used for?

React is mostly used for developing single-page web applications and Front-end work. React can efficiently build beautiful UI components and integrate them into an Interactive and engaging Single-Page application. Another use of react is in front-end development; react provides some advantages that make front-end work easier and faster. Besides, these react is being used in native mobile apps for android and iOS with react powered framework named React Native.

What Makes ReactJS So Special

ReactJS is a popular choice when it comes to a front end & single page development; Here is why-

React works with Virtual DOM, which makes web and app development faster. Virtual DOM compares the components’ regular and previous states and only updates necessary components instead of updating the whole program and providing developers faster results with less work.

React is easy to learn because it mostly contains basic HTML and JavaScript components with some valuable additions. Thus, you can learn and adapt to work with ReactJS’s library in a short time.

Facebook provided react community a Chrome browser extension that allows debugging React applications within browsers. One more reason to choose reactJS over others.

What is React Native used for?

Open-Source and has support from Facebook, React Native is used by many big players to build a cross-platform application. It’s free to use and available to modify and requires less knowledge and codes, which makes it a leader in cross-platform and native app development.

What Makes React Native So Special

React Native is also in JavaScript like React, which helps developers in easier coding. JavaScript Developers find it familiar after first use.

One Development and Many Platform

It’s a cross-platform app development framework. You have to develop your product one, and you can run it on other platforms without separate development; Thus, fast and convenient development.

React Native has the support of Facebook, Which continuously makes improvements and updates. In addition, It has a wide community using and working with React Native, including over 45,000 members. Users and openly askes in community channels and get support from this wide community.

React Native still doesn’t include many useful modules and plug-ins, So you might end up somewhere between development. You can reach community channels for help or a professional React Native Developer. If you are a React expert, it won’t be a problem because React Native supports React Elements.

As a wise man said, ‘No one is perfect; So React Native is. It has some drawbacks, but still, it has to offer more than any other framework out there.

Let’s take it Streght; React and React Native are not competitors; they are both almost the same and basically JavaScript Tools but vary differently for their specific purposes. It depends on your requirements and project, Which you should use. Here are some key differences –

These are everything on React and React Native; Both of them serve their specific purpose and help developers to make their ideal products. ReactJS helps in Web Development and is a JavaScript Library and on the other hand; React Native is a framework that helps build innovative mobile and cross-platform apps. Both of them are not perfect but better than other development platforms made for these purposes.

What is Embedded Linux?

What is the Angular JavaScript framework