What is Google’s Approach to Product Development?

Whether a business person or a regular techy, Google always inspired us with its innovation and ideas. There is no doubt that Google has been at the top for so long, and no one can push them down. What makes them so good? What is their inspiration? What is google’s approach to product development? There are many questions, and you will find all the answers in this single article.

Google’s position right now is a result of many safeguarded failures. In 2013 they released a paper about their ‘Nine Principles of Innovation.’ They described how they keep their innovations and bring new ideas while improving their old products. So let’s check the nine things that keep google product development innovative

According to their report,’ innovation or creativity is not a single person’s job; everyone does their work with their innovations. They believe ideas can come from anyone and anywhere.

For example, Google’s Glass is a software development kit for augmented reality; Initial idea came from a Health Product manager, and now it’s a part of the future as ARCore. The idea seemed silly because a search giant should invest and develop an augmented reality engine, while general people don’t even know what it is. But still, they appreciated the idea and proceeded with it. There was a time where they stopped the project, but it came back with a new name. And now it’s a big part of their android system and AR engine behind many big games.

At that time, no one was even thinking about augmented reality in the industry, but google came forward and started working with it. This ideology keeps google’s services innovative and one step ahead of the competitors.

Focus on the User

The long-standing google principal- The company serves the user. The company encourages its employees to serve the user and don’t care about the profits; they will take care themself.

This ideology keeps googling product development engaging and promising for the users. For example, Google glass was only an idea of technology, but now it’s a part of the android system and free for any person or enterprise. They appreciate every innovation and keep it for users without caring about revenues.

Google appreciates user feedback; Gmail was in a beta state for five years, then it was available with stable builds.

This has come from Larry Page; employees at Google are appreciated to think ten times of what they are. This principle made them initiate Project Loon; They used giant high-altitude balloons to provide Wi-Fi in remote areas.

Their 10x thinking drove the google books to the project; To make that happen, they have to scan every page manually to google’s database.

This was new in the list; technology is what keeps them ahead in the market. Their self-driving car project is a perfect example of combining their various technologies to make an innovation. The idea of self-driving cars came from a newspaper mentioning deaths in road accidents; their ten times thinking initiated an idea of making a vehicle that can drive themself without an error that can lead to road accidents.

That was it, an innovative idea led by 10x thinking, and they made it possible by combining all their technologies.

Google believes innovations are not perfect, sometimes they need improvement, and then they are ready to change. With the case of Gmail, the relayed on user feedback for more than three years still it took five years to launch a stable version of Gmail. The project can cost them, but they make them perfect.

Google never pushes employees to work; they encourage their employees to spend 20% of their working time pursuing new ideas and innovations that they might like or want to see.

Google news, google alerts, and some features in google maps come from this principle.

Google believes there are 7 billion people on the planet; the smartest can be outside of Google, making them default to open. They appreciate and trust ideas from the outside. Anyone can give them ideas, bug fixes, system flows, etc., and in return, they give them a palpable reward.

For example, The Android Operating system is an open-source project with 1.4 million new device activation each day.

You might know google from their successful ventures, But there are so many failers as well. You might hear or not- Buzz, Panoramio, wave, and gears are significant failures from google. They see them as “Badge of Honor.” They try and try until they find a perfect product; for example, Google’s social network Google Plus is a final result of many failures, including Buzz, Wave, Orkut, and OpenSocial.

Have a Mission that Matters

Google employees are very strict with the motive and mission; they believe that their products and services have a significant impact on their users positively. This makes them serve better and great for their users. For example, Google launched an app called Person Finder Tool after just two hours of the massive earthquake in Japan in 2011 for affected people in Japan to help them find their relatives.

All these principles are not just for show for marketing; they have proven themselves worthy of these. This keeps them in the top place of the global market and a global leader in technology and innovation.

We should follow these principles in our workplaces to reach new heights and serve our clients better. At extern labs, we follow the same principle and motive to keep our best for our clients, even if it cost us. 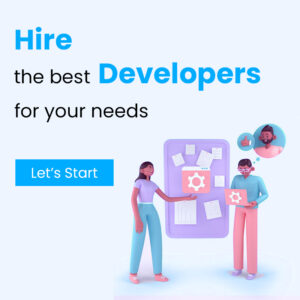 Nodejs vs. Java: Which is Best for Your Business in 2022

How to Develop a Loan Lending Application: Cost, Price, and Features