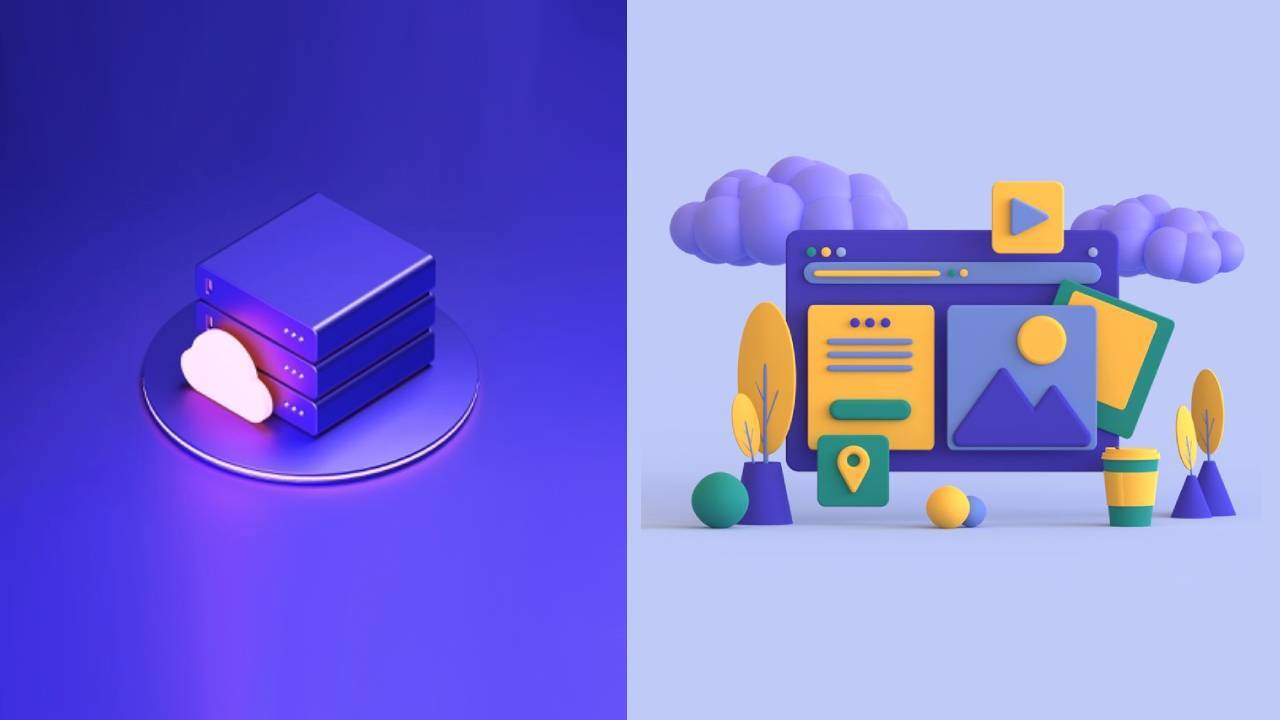 Good afternoon! In today’s blog, we have picked the topic “Web apps vs. Cloud apps: Understanding the difference” for discussion.

Being in a web and software development company, I have seen people using the terms “web apps” and “cloud apps” as if they are similar. And this is something I can totally relate to because, initially, I was also confused between both types. After all, they are both web-based, i.e., both of them run on the web.

However, there are some crucial variances between web apps and cloud apps. One prime difference is that web apps rely on a browser to operate, while cloud-based applications do not.

Thus, even if the line between web and cloud apps is blurred and they seem very much alike, they cannot be interchanged.

Let’s see, why not? and understand the difference between web apps vs. cloud apps.

As the name goes, web apps are particularly designed to be used from a web portal. For the development of web-based applications, a blend of server-side scripts (ASP, PHP, etc.) and client-side scripts (HTML, JavaScript, Adobe Flash).

The web browser depends on the webserver components that are installed on the backend infrastructure systems to do the hefty lifting in providing its basic web services.

The one major benefit that this computing model offers over the traditional desktop applications is that they can be accessed from anywhere through the web browser. The cloud-based applications can also be obtained this way.

Features of a Web App

The Advantages of Web Apps

Web services like WebEx, electronic banking, online shopping apps, and eBay are examples of web apps as they are strictly web-based with limited options for user customization. Some other examples are Facebook and other similar types of applications.

I know some of you will disagree with my last sentence, but I feel Facebook doesn’t offer fully customized services. Facebook is simply used as it is provided.

We can say cloud apps have evolved from web apps. They are equivalently used to obtain online services over the internet, similar to web apps but not always dependent on a web browser for work.

From service providers, it is possible to get a customized, multi-tenancy cloud app strictly available over the web browser, but most often the web interface is used as an alternative access route in custom-built cloud apps for online services.

The Advantages of Cloud Apps

The Disadvantages of Cloud Apps

A pretty straightforward example of a cloud app that no one will ever think of is Email. For decades, we have all been using Outlook and other similar mail apps to access emails on the internet, like Gmail, Hotmail, and more.

Some other examples are Dropbox, Salesforce, Mozy, Zoho.com, Sharefile, and Evernote.

Knowing the similarities and differences between both apps has some important and practical uses.

Because there are still many users and app vendors who wrongly believe that since the app runs on the web server, they are qualified to be called cloud apps. Any type of web app has the capacity to transform into a cloud app.

Nevertheless, if they don’t have any features or customization like the cloud-based apps, they will still be web-based apps.

However, contrary to web-based apps, cloud apps can operate online, making them functional for platforms that require various calculations and a steady environment to run properly even when the network connection is poor.

However, since web-based apps work competently with good internet connectivity, they will remain the app of choice for all kinds of transaction platforms.

However, still, the best way to clearly understand the difference between these two apps is by checking the applications that we use regularly. Some of the common web-based apps are YouTube, Facebook, and Wikipedia, as they all require a reliable internet connection to work properly.

On the other hand, cloud-based applications also perform online, and even when the internet connection is restored, they continue syncing in the background. Slack and Dropbox are some of the popular club-based apps.

The revenue generation for both web-based apps and cloud-based apps is expected to sustain from 2017 to 2022. The cloud computing market will continue to grow and is expected to reach 495 billion dollars by the end of 2022.

However, revenue for web-based apps is predicted to decrease by $200 million, and cloud app spending will continue to increase. It has already reached $159 billion by the year 2021.

The huge enterprise technology market is already experiencing a decisive shift to cloud computing. Here is the classification of both apps.

Overall, cloud-based applications are more robust, flexible, and expandable. Thus, we say the future of IT lies in the cloud. Even though web-based apps still dominate the current market, the increasing number of businesses clutching on to cloud technology clearly indicates that more companies will become aware of the advantages of cloud technology.

However, since cloud apps are the future of IT, it doesn’t mean that they will be the right app for all your needs.

To be clear, web apps are appropriate for simpler tasks, while cloud apps are utilized to tackle some more complex processes.

You will also see some businesses that choose both web-based and cloud-based apps.

If you are looking for a web-based or cloud-based application for your project, like helping you with the management tasks or helping your team to improve the revenue through a cloud or web sales app, we can help you. It is always good to get a free trial.

Our application development specialist will help you decide what will work best for your business—a cloud app or a web app.

Strategies to Improve the App ROI of Your Business