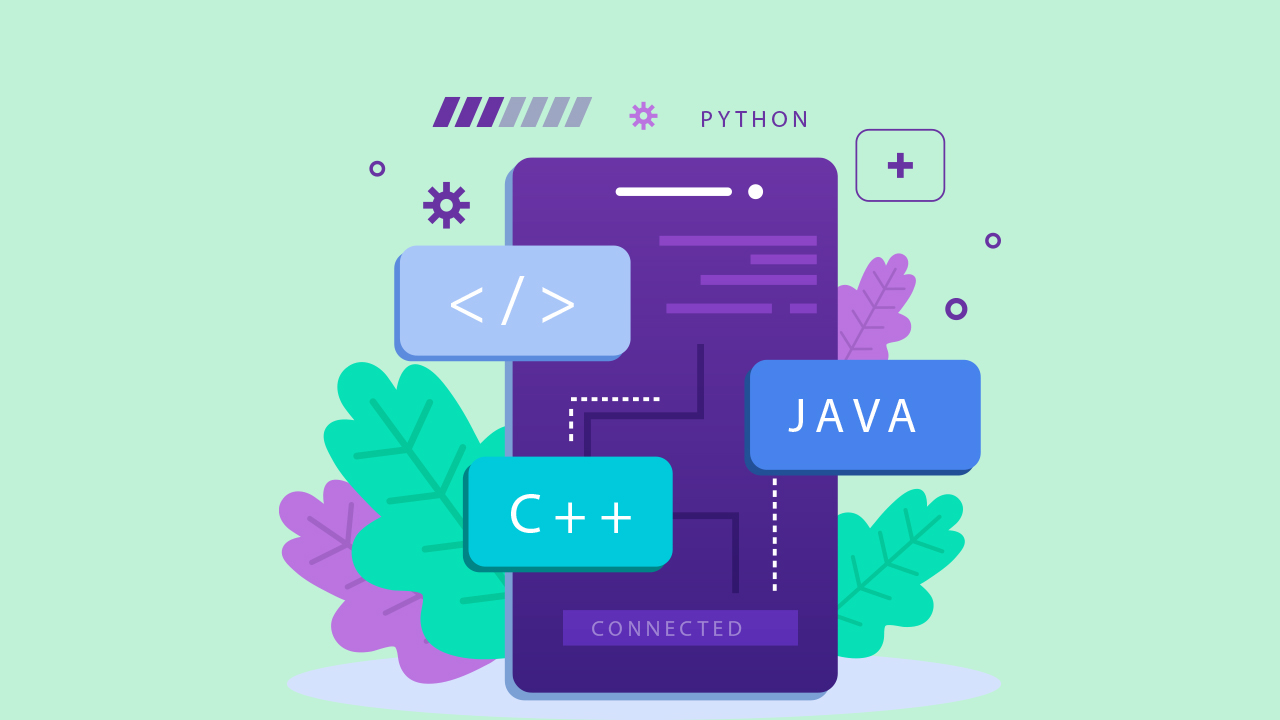 So, I decided to write this blog today for them and for you so that you can confidently start your programming journey.

Today’s blog is about the 5 most popular programming languages & paradigms.

In today’s time, it is almost impossible to perform anything devoid of programming. Every domain today largely depends on programming or computer languages. As a result, there is now an overflow of programming languages. Among them, some have gained commendable popularity while some have experienced backsliding.

Thus, if you are thinking of upscaling your skills, then you should read this blog to learn about different programming levels and about the 5 most popular programming languages & paradigms to learn in 2022.

With that being said, let’s move ahead!

Before going on to the main objective of this segment, let me tell you some facts and fun knowledge about programming.

Who knows, maybe after reading this you will get more fascinated with computer languages.

The initial programming language was designed by Lady Ada Lovelace and Charles Babbage in the year 1883.

However, these many options have obviously created confusion.

And I also know that for all programmers and coders, the language they like the most is supreme for them.

But, this is not the same for the decision-makers in business.

But then, you are also a final decision maker in finalizing the details for your next project.

Thus, this guide is also very helpful for business decision-makers.

To be up-front, we are not claiming to provide the definitive list of the best programming languages. As it is impossible to create because a language that is best for one project might not be good for another.

Moreover, this blog specifically is about popular (In-demand) with the idea of narrowing down your choices. Thus, our list contains programming languages that are loved and favored by the majority of developers and programmers.

And once you have your hands on the right programming language, developing a flawless program will become possible for you.

The low-level programming languages are termed low-level because they are computer-friendly and are easily understood by computers. They are memory-efficient.

What Are The Types Of Programming?

The types of programming language mean how a code is employed and designed, in opposition to where it belongs on the machine-assembly-or human level.

The procedural programming paradigm is obtained from structured programming and spells out a series of well-structured steps and processes to generate a program. It offers commands by sorting out the programs into variables, functions, statements, and operators. Some common examples are BASIC, C, JAVA, PASCAL, Eclipse, and FORTRAN.

Object-oriented programming language emphasizes code reusability with the idea of inheritance, thus allowing the advancement of current implementations without too many changes in the code.  The most popular Object-oriented languages are Java, C++, C#, Python, and JavaScript.

As you know, the programming paradigm largely relies on formal logic. As the language does not give instructions to the machines but employs restrictions on what they must be doing. Some of the famous logic programming languages are PROLOG, ASAP, and Datalog.

We have featured the 5 most popular programming languages on the basis of the survey conducted by Stack Overflow.  FYI, stack overflow is a famous question-answer platform for both professional and amateur programmers, and coders. This platform assists developers and programmers to share their knowledge and stay updated with the latest advancements and swings.

It is the survey that Stack Overflow performed on 80,000 plus programmers from several countries, age groups, genders, and professional statuses. And a cumulative action of all these data is then presented in their report.

So then, what does this blog offer?

So, now let’s get straight into it.

According to the Stack Overflow survey, the following are the most popular programming languages. Now, Let’s have a look at these computer languages bit by bit and see what makes them so popular.

There are about 1.9 billion websites on the server, and over 95 percent of them make use of JavaScript in one way or the other. Today, JavaScript is the most popular language on the net. It is a scripting programming language that will permit you to apply complicated features on web pages.

If you are creating a frontend for your website then there is no big competition for javaScript. It is regarded as the king of front-end technology.

From a career prospect, it is an excellent choice as several startups use JS. Thus, if you dream of a cool tech job, you should start considering learning JavaScript.

You can learn more about Javascript here.

Python is a novice-friendly and readable language. It is a free and open-source software language that has strong developers’ community support. Python is seen as a computer language for web and desktop program designing, and it also provides user-friendly information structure and web server amalgamation.

Python also comprises an extensive library that backs it up. Regarding business decision-makers, Python is a language that can be utilized for complex requirements.

Today, Python is on the list of most popular programming languages for machine learning (ML) and deep learning practices.

It is a thirty years old computer language developed by Guido van Rossum. Today, Python is a primary coding language for 80 percent of developers.

And the fact that Python is utilized by major tech companies like Amazon, Facebook, and Google is good proof of why it is the most popular programming language.

HTML (Hypertext Markup Language) is a programming language that is utilized to provide a composition to the text and content on web pages. However, HTML alone may not be able to do this much from the appearance front.

And that is why Cascading Style Sheets (CSS) came into the spotlight. It is generally knuckled down in conjunction with HTML, and CSS is at the helm of the color, font, and position of the elements.

Thus, if you are wondering about hiring any programmer or developer for your project make sure they fill the HTML and CSS box.

Java is extensively used in Android App Development. Almost all businesses today need an android app as there are billions and billions of Android users.

Java has a WORA (Write Once, Run Anywhere) capability. Although, Java is a composite language to learn.

If you are thinking of becoming a system-level programmer, this is the language that you should consider learning. C++ is extensively used by competitive programmers because it is extremely fast and secure. It is a reservoir of ready-to-use libraries for many data frameworks, arithmetic operations, and algorithms.

If you have just started learning codes, then C++ will be very easy for you to understand.

At the end, which programming language to choose will depend on your career goals.

Now, the next step for you is to recognize the programming language that will meet your needs for your upcoming project. Once you have decided on one language, find a dedicated expert or agency and get your project started.

Thinking about where you can get a dedicated programmer with proven skills in these above given popular languages? Extern Labs can help you. Our team has the capability to take your project from the initial stage to the final stage and will deliver outstanding results.

If you are looking to onboard the experts, Contact us to get the right tech talent today!

Thank you for reading our blog.

How To Make An NFT Marketplace: A Complete Beginner's Guide