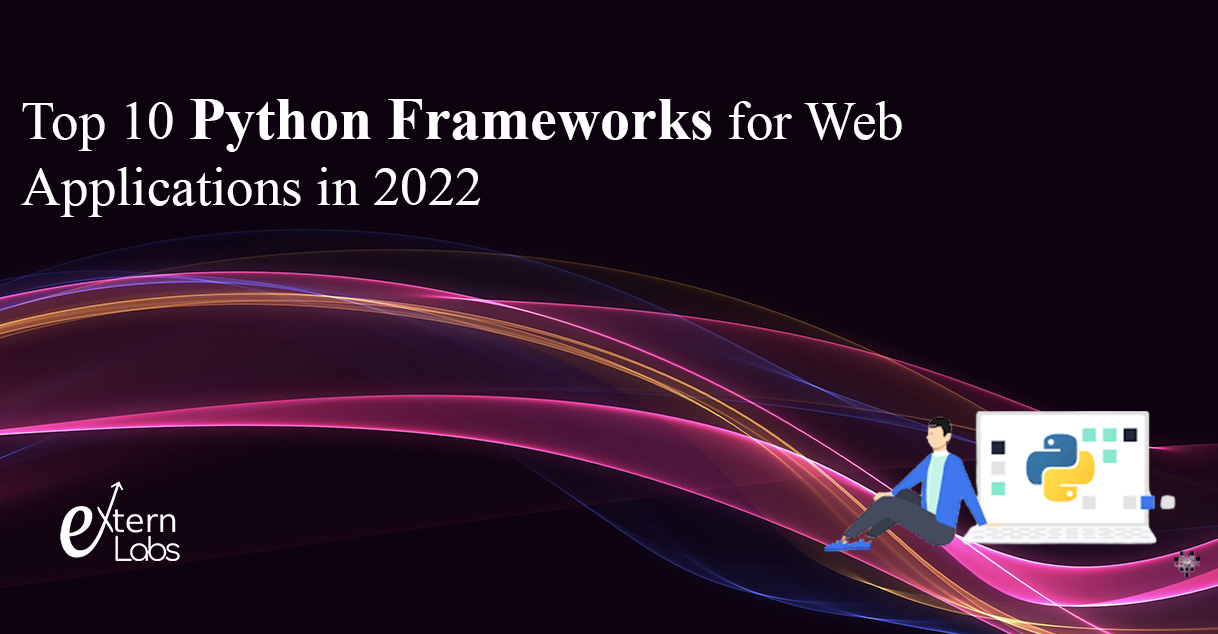 Whenever we think about programming languages for web development, the only name that comes out of every mouth- Python! Developed by Guido Van Rossum back in 1991. It was a dynamically formatted and object-oriented programming language that helped programmers code efficiently and in a clear, logical way. Python is widely used and has various and resourceful libraries for almost every development work and solution. This article will discuss the best python frameworks for web applications.

So first, know What is a Framework

A Framework is a complete package of modules, widgets, and tools that might be required in python development. They can reduce development time with pre-written codes, programs, and functions; Developers never need to maintain protocols, sockets, and others, just focus on project logic.

There are so many frameworks available for python developments; no one even gives a perfect number. Still, they all are different and have their place in python development. First, you have to decide your project requirements and goals; then, you can choose the best python web development framework according to them. You might need to keep some things in mind before choosing open-source, secure, proper documentation and mate your requirement. Besides these; We will get you covered.

Here you will find the Top 10 Python Frameworks for Web Applications that can match your needs.

Django is a full-stack python development framework and one of the most used and popular frameworks and follows the DRY (Don’t Repeat Yourself) principle. It was designed to help developers build python applications from concept to launch quickly with their design. In addition, Django designers made sure that user developers could avoid security mistakes with their framework. As a result, it can build the most scalable yet flexible python applications.

Django covers most of the python developers, which makes it the most supported python framework. It has a huge variety of built-in libraries and allows you to migrate from one to another database.

Flask comes in second place right after Django when we talk about popular python frameworks and a lightweight WSGI micro-framework for full-stack web development in python. It allows developers to start quickly with efficient and highly scalable development when it comes to web applications. Flask offers integrated unit testing features with secure cookies supported. It is a simple full-stack web development framework built with simplicity and productivity with Google App Engine support. One of the most amazing things about Flask is that it doesn’t require a particular library or tool extensions; You can use any Python libraries and tools.

Pyramid is another full-stack development framework that can build any complex web application efficiently and best known as a blend of micro-framework and full-stack python development framework. You can start your projects with small modules, even with one, and then you can add stuff as you like. These qualities made Pyramid a perfect and potential python framework for easy to complex python work. It’s a WSGI framework based on Model View Controller architecture. Pyramid provided rich documentation on their site.

Bottle is used chiefly for small web development and API building; and is one of the most used python web development frameworks because it doesn’t need third-party tools and libraries. Instead, it uses Standard Python Library to make web applications that allow developers to simply work with hardware. Creates a single source file for all or work. Bottle initially supported Python 2.5-2.7 and 3.0 but with a recent update they dropped support for python 2.5 and 2.6 . You can use bottle for cross-platform development with its various platform availability.

CherryPy is another potential open-source python web application development framework and one of the most used python frameworks because of its minimal user experience and interfaces; developers can build applications easily with less time.

CherryPy is also considered as one of the flexible frameworks because it allows the developers to use any tech for templates and data accesses while providing access to handle sessions, statics, cookies, and file uploads. CherryPy can be used as a web server itself or you can use any WSGI compatible.

Initially, TurboGears was a Full-Stack Python Development Framework, But now it also works as a micro-framework for python development. It allows work with two aspects at the same time: templating and routing. It is designed as Model View Architect and supports Python 2.x and Python 3.x  branches. TurboGears uses Pylon as a web server, PasteScript templates, command-line tools, and other heavy features. Most developers use it because of its flexibility and reusable snippets.

Here’s some Key features of Torbogears

Web2py is another capable Full-Stack Python Development Framework. Open-source and scalable python framework that supports all operating systems, including mobile. Web2py is a web-based feature-rich IDE with a debugger, code-editor, and single-click deployment, but It can’t run Python 3. Instead, it has a ticket system where the framework ticket is sent to the user if something goes wrong with the framework ticket. Web2py promotes rapid development and is based on model view controller architecture.

Sanic is another capable python development framework that uses async/await syntax to make development faster than other frameworks. As a result, it can help you develop unblockable python code that even runs more quickly. In addition, Sanic supports ASGI that makes Sonic compatible with other ASGI web servers and WSGI servers. Sanic is based on Python 3.7+ web-server; It allows you to use the async/await syntax which makes your code non-blocking and faster.

Falcon is another micro-framework that is mostly used for building Web APIs. Developers can create minimal and straightforward designs for HTTP and REST architectures. LinkedIn, OpenStack, and RackSpace mostly use Falcon.

FastAPI is capable of building the fastest APIs with Python 3.6+. It allows you to freely structure your projects as you want with any preferred database. It’s a minimal yet powerful Python web development framework. FastAPI took some functionalities from Flask, including its simplicity. It is built on Starlette architecture and includes most of its features.

There were the Top 10 Python Frameworks for Web Applications for 2022. So now you have all the information about the top ten; you just have to finalize your goals and requirements from your project then choose from these ten frameworks according to them to create innovative and efficient web applications.

PPython
Read More
Do you have an amazing idea for developing a mobile app but are struggling to figure out which…
PPython
Read More
The services in the financial sector are in the mid of an open banking revolution. With scalable banking…

This website uses cookies to improve your experience while you navigate through the website. Out of these, the cookies that are categorized as necessary are stored on your browser as they are essential for the working of basic functionalities of the website. We also use third-party cookies that help us analyze and understand how you use this website. These cookies will be stored in your browser only with your consent. You also have the option to opt-out of these cookies. But opting out of some of these cookies may affect your browsing experience.
Necessary Always Enabled
Necessary cookies are absolutely essential for the website to function properly. These cookies ensure basic functionalities and security features of the website, anonymously.
Functional
Functional cookies help to perform certain functionalities like sharing the content of the website on social media platforms, collect feedbacks, and other third-party features.
Performance
Performance cookies are used to understand and analyze the key performance indexes of the website which helps in delivering a better user experience for the visitors.
Analytics
Analytical cookies are used to understand how visitors interact with the website. These cookies help provide information on metrics the number of visitors, bounce rate, traffic source, etc.
Advertisement
Advertisement cookies are used to provide visitors with relevant ads and marketing campaigns. These cookies track visitors across websites and collect information to provide customized ads.
Others
Other uncategorized cookies are those that are being analyzed and have not been classified into a category as yet.
SAVE & ACCEPT
Go to mobile version