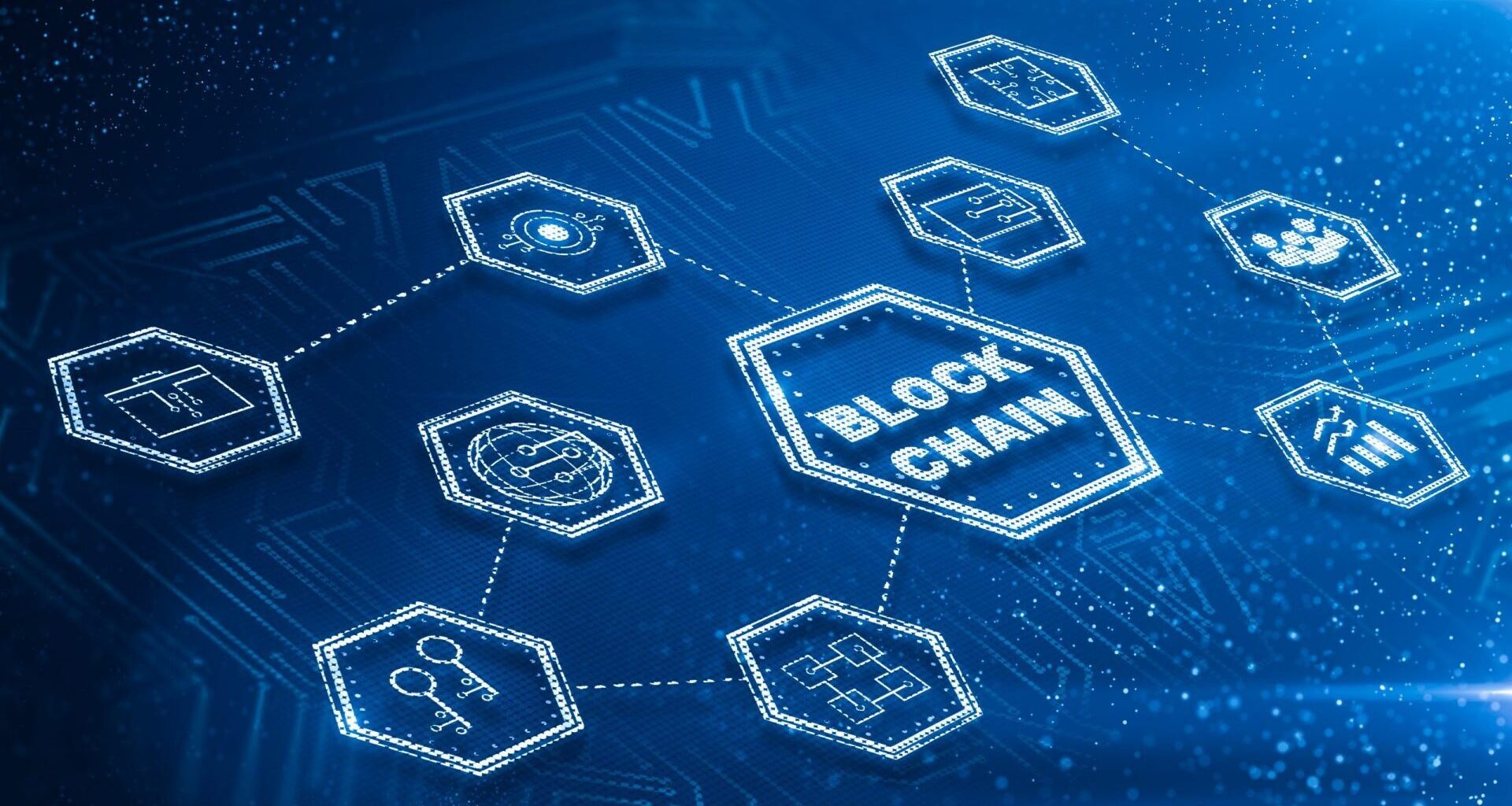 Every day there is something new in blockchain technology that becomes the headline of the tech industry. No matter how hard you try to hold on to the latest technologies, there will always be something new on the table.

Ever wonder what the core of blockchain technology is?

It is a consensus algorithm.

We can say the consensus algorithm is the essence of revolutionary blockchain technology.

But, what is a consensus algorithm?

In layman’s terms, a consensus algorithm makes all the blockchain consensus sequences diverse from one another.

I mean, think of this, blockchain networks assist billions of people in the same space, but how come they never interfere with one another, and how do they exist mutually?

However, if you really want an in-depth knowledge of consensus sequences, then you have to read the full blog. In today’s blog, we will cover A-Z of the consensus algorithm so let’s dive into this.

Technically, consensus algorithms are supervisory processes where the individuals in a group create and support the decision that works best for all. It’s a resolution where people foster the majority decision, whether they are in favor of it or not.

So, it’s just an anonymous method to make a decision. Not a new thing! I know. But in blockchain, it is important because here it is not about 10-100 people. Here it is about thousands and millions of people. In a consensus algorithm of blockchain, one not only agrees with the majority of votes but also with the decisions that benefit all.

The blockchain consensus algorithm is a method to create equality and fairness in the technology world.

At present, there are abundant blockchain consensus algorithms in the crypto ecosystem, and many more are planning to enter the marketplace. This makes all the blockchain development companies eager and authoritative.

In cryptocurrencies, individual assets are recorded in a database, which is labeled as a blockchain. It’s important that every node maintains an identical copy of the database, or else you will end up with odd pieces of information, sabotaging the entire process of the cryptocurrency network.

There is public-key cryptography that makes sure end-users cannot lavish on each other’s coins. And so there is a single source of truth on which the participants rely or are able to determine whether they have spent their funds or not.

Satoshi Nakamoto introduced a Proof of Work system to pull together participants. We will discuss PoW later. For now, we will discuss some of the common traits of the consensus algorithms that are in existence.

Firstly, the users who want to add blocks (validators) offer a “stake”.

A stake is a value that a validator must provide; it discourages them from acting untruthfully. And if they cheat, they will lose their stake.

Even so, why would they bother putting their own resources at risk? Well, because there is also a reward. The reward generally is native crypto made up of fees paid by other end-user, a freshly generated cryptocurrency, or both.

The last thing we will need is transparency. We should be able to detect when someone is eluding us. Ideally, it could be costly for them to produce blocks, but it would be cheap to validate them.

Proof-of-work was the earliest consensus mechanism created and used by Bitcoin, Ethereum, and other public blockchains. Although concerns over scalability are universal, PoW is considered the most authentic and assured of all consensus mechanisms.

The term “Proof-of-work” was coined in the late 1990s and was first applied by Satoshi Nakamoto in the context of digital currencies. In the case of PoW, miners contest against one another to solve complex high computational puzzles. The first one to come up with a 64-digit hash earns the right to create the new block and validate the transactions. The successful miner also gets rewarded with a block reward.

However, the operating cost for PoW is humongous because of the massive amount of computational resources to generate new blocks. This is one barrier for new miners. Other than the high cost, one more red alert in PoW is the impact of electrical consumption on the environment. This has led to the introduction of proof-of-stake (PoS).

This popular method concerns staking. In the Proof-of-Stake system, miners have to “pledge” a stake of cryptocurrency for a chance to be chosen as a validator. The process is not exactly like a lottery system.

Unlike PoW, in PoS the miners will simply earn transaction fees. Proof-of-Stake is also considered a more sustainable and environmentally friendly option as compared to PoW. Plus, it is secure against a 51% attack.

Some of the eminent PoS platforms are Cardano (ADA), Solana (SOL), and Tezos (XTC).

It is a modified consensus mechanism, the Delegated Proof-of-Stake anticipates a reputation-based voting system to get consensus. The users of the network will “vote” to choose “witnesses” or “block producers” to secure the network at their behest.

However, only the top-tier witnesses (the ones with the most votes) will earn the right to validate the blockchain transactions. For voting, the users add tokens to the staking pool. Then the votes are weighed on the basis of the size of each voter’s stake- so as our Shark Tank judges say, the more skin in the game, the more voting power.

The block producers in the top tier are always at risk of being replaced by those who are deemed trustworthy and thus achieve more votes. This encourages the witnesses to be honest every time, thus ensuring the integrity of the blockchain network.

DPoS is less prevalent than PoS and is considered more inclusive than others. It is most often used by Lisk (LSK), EOS.IO (EOS), Steem (STEEM), BitShares (BTS), and Ark (ARK).

In this case, the validators will not wager coins. Instead, they will put their reputations on the line to validate their blocks. This differs from the majority of blockchain protocols, for which you don’t have to reveal your identity.

The good thing is, that this type of consensus protocol requires no computing power, so it is less resource-demanding than its predecessors. It is the less expensive option, making it a favored solution for private networks, such as JP Morgan (JPMCoin). Other PoA-based projects encompass VeChain (VET) and the Ethereum Kovan testnet.

One sustainable alternative to the PoW algorithm is Proof-of-Burn (PoB). In PoB, miners have the power to mine a block by destroying the predetermined number of tokens by sending them to an eater address so that they can not be recovered or spent again.

So, the more coins burned, the greater the chances of being selected randomly. This method demands miners to sacrifice their short-term wealth in order to gain the lifelong privilege of creating new blocks and encourages long-term commitments.

As the name implies, PoC is also termed as Proof-of-Space (PoSpace). Its mining algorithm is based on the proportion of space present on a miner’s hard drive.

In Proof-of-Capacity, miners have a list of all hashes beforehand, a process called plotting. These plots are stockpiled on a hard drive. This way, the more storage capacity the miner has, the more solutions there will be.

PoC doesn’t need any expensive equipment; it opens up doors for the average person to participate in the network. This algorithm of blockchain is currently in use by Signum (SIGNA), Storj (STORJ), and Chia (XCH).

This type of consensus algorithm for blockchain requires verification. The users have to identify themselves. The Proof-of-Elapsed-Time (PoET) utilized trusted computing to impose random waiting times for block construction. It was first developed by Intel in 2016 and was based on Intel Software Guard Extensions (SGX).

It is a time-lottery-based consensus protocol, and it works by assigning distinct wait times to every node in the network. While waiting, these nodes go to “sleep” for a specific duration. The first one to wake up is awarded mining rights.

Proof-of-history offers proof of historical events. It was developed by Solana and PoH allows “timestamps” to be developed into the blockchain, by verifying the time between transactions without relying on other nodes.

This consensus method is enabled by a sequential hashing- VDF (verifiable delay function).

It was first introduced by XEM. The Proof-of-Importance (PoI) chooses the miners based on a process called “harvesting”. It is based on a number of factors, like the size of transactions, the amount of vested currency, and network activity. The higher the score, the more will be the probability of being chosen and getting a transaction fee.

There is no one perfect approach for verifying the authenticity of the distributed blockchain network. Each consensus algorithm for blockchain has its own assortment of advantages.

Thus, choosing them wisely is more important as per your business network.

The blockchain network can’t function properly without the consensus algorithm to authenticate each and every transaction.

However, among all these consensus algorithms of blockchain, the PoW (Proof-of-work) remains dominant.

All mobile app development companies that work with blockchain are familiar with these protocols.

For any further doubts, contact us! Our blockchain experts will be more than happy to resolve your blockchain-related issues.

MMobile App Development
Read More
It is a fact that user experience (UX) is a drill, a strategy, and a process that determines…
IInformation & Technology
Read More
You must have your own Gmail address. You might use Google Docs all the time (like me!). You…