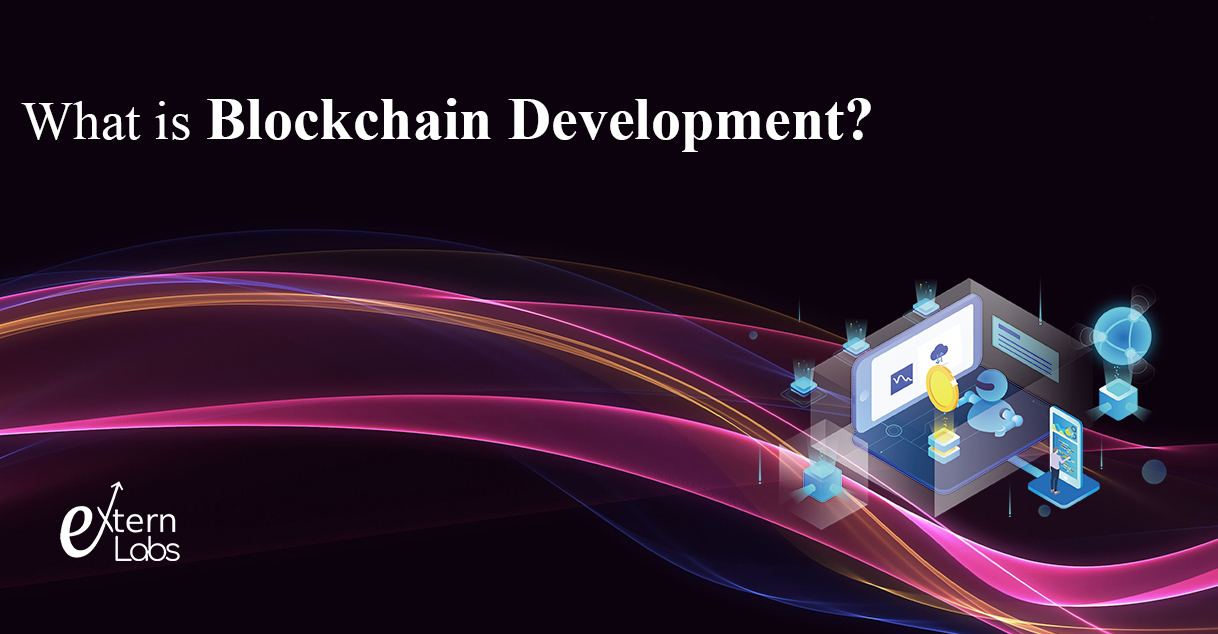 What is Blockchain Development?

What is Blockchain Technology?

A Blockchain is a constantly growing ledger that keeps a permanent record of all the transitions that have taken place in a secure and immutable way. It can be used for the secure transfer of money, assets, contracts, etc. A main key feature of blockchain technology is to secure all the records without requiring a third-party intermediary such as a bank or government.

Ledger:  It is a file that is constantly growing.

Permanent: It means once the transaction goes inside a blockchain, you can put up it permanently in the ledger.

Secure: Blockchain securely placed information. It uses very advanced cryptography to make sure that the information is locked inside the blockchain.

Immutable: It means as you build all the transactions onto the blockchain, this ledger can never be changed.

Blockchain technology has become popular because of the following:

Time reduction: Blockchain can allow the quicker settlement of trades. It does not take a lengthy process for verification, settlement, and clearance. It is because a single version of agreed-upon data is available between all stakeholders that why it takes less time.

Unchangeable Transactions: Blockchain registers transactions in a chronological order that certifies all operations in a proper way. When a new block is added to the ledgers, it cannot be removed or modified it’s immutable.

Reliability: Blockchain certifies and verifies the identities of each interested party. This removes double records, reducing rates, and accelerates transactions.

Security: Blockchain uses advanced cryptography to make sure that the information is locked inside the blockchain. It uses distributed Ledger technology where each party holds a copy of the original chain, so the system remains operative, even a large number of other nodes fall.

Collaboration: It allows each party to transact directly with each other without requiring a third-party intermediary like a bank or government.

Decentralized: It is Decentralized because there is no central authority supervising anything. There are standards rules on how every node exchanges blockchain information. This method ensures that all transactions are validated or secure, and all valid transactions are added one by one.

There are two types of blockchain developers:

Libraries and frameworks for blockchain development

1. Web3.js: It’s a collection of libraries that allows you to interact with the Ethereum node either remotely or locally using HTTP, Websocket, or IPC.

2. React.js: It’s a javascript library that enables programmers to build beautiful user interfaces. You can use any other framework as well.

3. Ethers.js: It is a collection of libraries that allows you to interact with the Ethereum blockchain and its ecosystem.

4. Metamask: It is a Cryptocurrency wallet and a browser extension that allows a user to buy, store, and swap tokens on the Ethereum blockchain or any other blockchain.

6. Ganache: This library is used for Ethereum blockchain development. It enables developers to develop, deploy, and test decentralized applications(DApps) in a safe and deterministic environment without interacting with the main Ethereum blockchain.

Which programming languages are best for blockchain?

What are blockchain apps or DApps?

DApps are decentralized applications. A Blockchain has no server that plays the role of an intermediary between users that exchange messages, money, or data. This opens lots of possibilities for many companies that’s why Blockchain application development is relevant for so many businesses.

What are the Benefits of Blockchain apps?

Easy Transactions: These apps takes only five minutes to set up a blockchain wallet and allow users to buy things with the cryptocurrency without any charges

High Security: All the data is decentralized and each member of the network has a copy of all chains so it is fully secure with the hackers.

Blockchain Technology Consulting: Blockchain technology consulting begins with what, why, and how blockchain can benefit your enterprise solution and bring trust and transparency to the system in a perfect way.

Tokenization: Tokenization can eliminate volatility and bring more liquidity to a wide array of assets. The blockchain development team can help you tokenize any asset you want, ensuring trust, transparency, and efficiency.

Decentralized Exchange: The blockchain development team creates hackproof and robust platforms on Android and iOS to enable the real-time exchange of digital currencies securely and efficiently