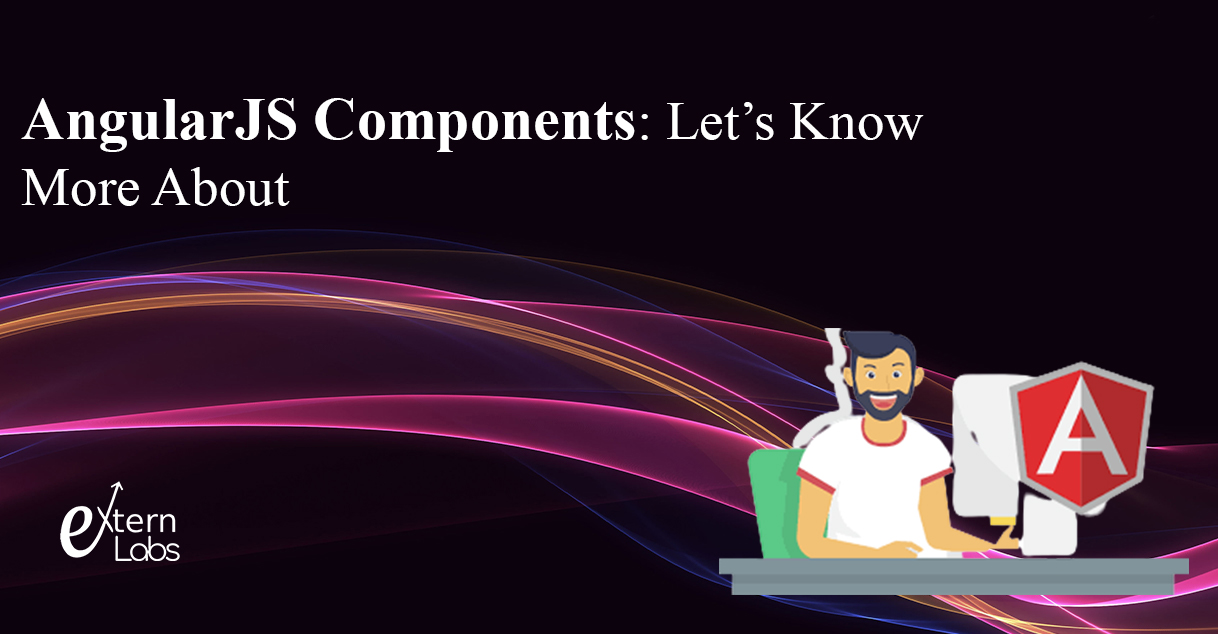 Components are one of the major components when it comes to AngularJS. Components help to build the structure for applications. AngularJS components can maintain the modularity of developments and keep them reusable. They control the view, and they have the responsibility and control over HTML files which makes it controller for displayed content in the browser. First, Let’s know what AngularJS is.

Google Inc. developed AngularJS is an open-source front-end framework. It’s considered a front-end framework for innovative single-page web applications and based on the popular JavaScript, which is used widely in development and JS in the name.

AngularJS is developed and has support from Google and an open community of AngularJS developers. This helps to keep continuous development, improvement, and new features.

AngularJS has many great features; some of them got mentioned in the previous block, but those make developers choose AngularJS over others are –

AngularJS includes everything that needs to build innovative yet interactive single-page web applications. Youtube, Paypal, Netflix, and LinkedIn also have their front-end on AngularJS.

What are AngularJS Components

A component is a directive that uses a more straightforward configuration that fits a component-based architecture, which Angular 2 is all about. Think of an element as a widget: A piece of HTML code that you can reuse in various places in your web application.

These are the component files that get created by default when you create an application in Angular.

Types of Components in Angular

Now, there are two types of components in Angular:

There is three AngularJS component configuration.

The AngularJS Template Syntax augments the app logic which you have used in your HTML and also alters the data of DOM.

The template uses the property of Data binding to link and connects your app to the DOM data. It uses pipes to decide the view of the data when it is being displayed. Also, the template uses directives to control what gets displayed using the app logic.

We discussed Components play a requisite role in Angular applications. Components and modules work together to secure your application and development work. We can divide them into parent and child components; They both have their roles and characteristics. For example, a template is a combination of both HTML and Agular’s typescript. It defines how the content you have developed will look like. Creating a component in AngularJS is effortless with a single command, and AngularJS itself will do all others.

What is the Angular JavaScript framework